Apple Inc. (NASDAQ:AAPL) is teaming up with Affirm Holdings as it seeks to broaden its offerings on the financial services front. According to reports, the two are planning to launch a “buy now, pay later” program that will target the tech giant’s devices.

The program could make its debut as early as this month and will be made available in Apple’s online and physical stores in Canada. Once up and running, the program will allow Canadian customers to assume ownership of iPhones, Macs, and iPads while making payments for purchases for over 12 to 24 months.

Apple has already told staff that the program will be interest-free and for a limited time after launch. The buy now pay later program is not new as it has been marketed in the US, Australia and Europe as an alternative to credit cards.

Apple push to offer devices on credit comes amid reports that it is planning to let shoppers pay for purchases in installments on a program Goldman Sachs will support as the lender of the loans.

Meanwhile, the Japanese conglomerate SoftBank Group Corp (OTCMKTS: SFTBY) has built a $5 billion stake in Roche Holdings, making it one of the biggest investors in the company. The investment adds to a string of biotech and healthcare investments in the recent past, targeting Pacific Biosciences of California Inc., AbCellera Biologics, and Sana Biotechnology.

The investment, according to reports, is part of the company’s push to bet on Roche’s strategy of developing drugs using data. Additionally, the investment comes on the heels of Roche’s sales soaring, helped by the booming COVID-19 testing business.

The company’s diagnostics unit is enjoying booming business amid the COVID-19 pandemic, helping shrug off the slowdown in the cancer medicine unit, which is under immense competition pressure.

Softbank is investing in Roche on the belief that its Genentech division which specializes in data-based drug development, is highly undervalued. Last year, the pharmaceutical company hired computational and systems biologist Aviv Regev, to lead the Genentech research unit. The pharmaceutical company is currently working on a new drug, targeting COVID-19 as well as Alzheimer 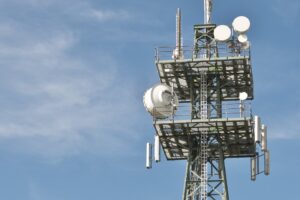 AT&T and Discovery Gang Up To Take On Netflix